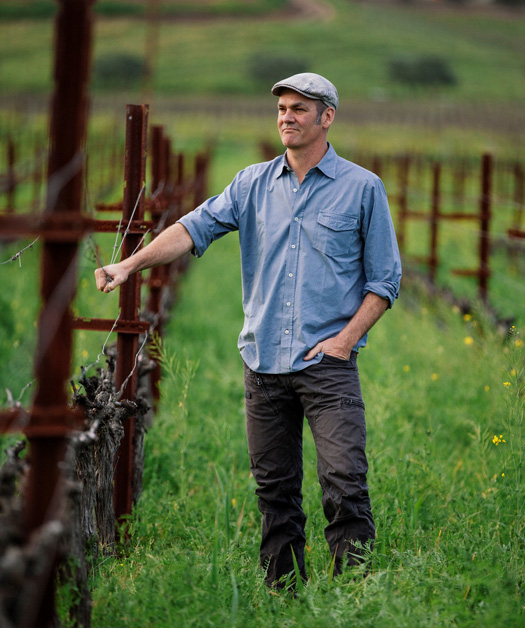 Aaron Pott’s curiosity in wine began at the young age when he ordered a glass of milk in a venerable Parisian bistro.  When the waiter responded—in halting perfect English—that “milk is for babies” and promptly produced a glass of watered down red, Pott realized that wine was a beverage of choice for adults and immersed himself in the world of wine trivia.   Studying oenology at the University of California, Davis, Pott delved into all aspects of the theory of winemaking, including practical application by working part-time in the research laboratory at Robert Mondavi Winery.  He completed his education with a master’s degree in Viticulture from the Université de Bourgogne in Dijon, France.

Pott immediately took the position of assistant winemaker at Newton Vineyard, under winemaker John Kongsgaard.  It was at Newton—under the wing of his first great mentor—that Pott would be introduced to Michel Rolland.  At many tastings with Kongsgaard and Rolland (set up by legendary wine collector Dade Thieriot), Pott tried to convince Rolland to find him a job in France—pulling hoses around a dark cellar and working on his language skills.  Rolland soon sent word that he had found the ideal position—winemaker at Château Troplong Mondot, Premier Grand Cru Classé St. Emilion.  Pott would thereafter become winemaker and general manager of Château La Tour Figeac Grand Cru Classé St. Emilion.

Pott worked for nearly six years making wine in France before returning to the States to take a position with Beringer Wine Estates. As a winemaker for the company’s international brands in France, Italy and South America, he had the pleasure to work with French winemakers Jean-Louis Mandrau, formerly of Château Latour and André Porcheret, whose resume included the Hospice de Beaune and Domaine Leroy.  Pott’s duties expanded in 2001 as winemaker at St. Clement in St. Helena. In 2004, he accepted the position as winemaker and general manager at Quintessa.

In 2012 Pott was elected Winemaker of the Year by Food and Wine Magazine.

Pott lives at his self proclaimed “Châteauneuf du Pott” vineyard estate on the dizzying heights of Mt. Veeder with his wife Claire and daughters Tosca and Isolde.