Danica Patrick Readies for Next Chapter as an Entrepreneur 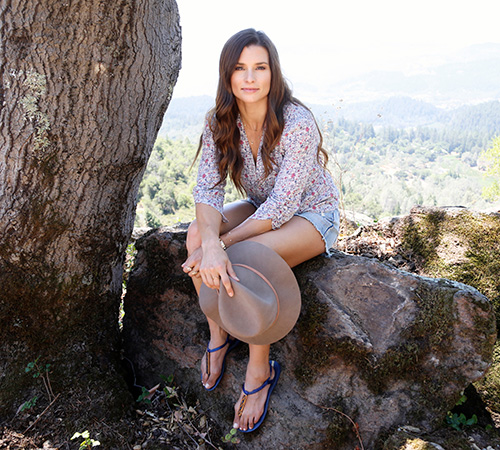 ST. HELENA, Calif. (April 10th, 2018) – As Danica Patrick prepares to compete in the final event of her motorsports career, she is already gearing up for her next chapter as a business woman and entrepreneur. After Patrick races her No. 13 GoDaddy Chevrolet in the Indianapolis 500 at Indianapolis Motor Speedway on May 27, she will travel to Somnium, her vineyard on Howell Mountain, and appear at the legendary Auction Napa Valley in June.

“I’ve raced since I was 10, so I’m honestly not sure what life will look like after my last race at Indy, but making this transition just feels right at this point,” said Patrick. “So many people spend their lives doing what others expect, or what they think they’re supposed to do, instead of doing what they love. Side hustles and hobbies are usually a reflection of your real passions, and I’m ready to focus on my other interests outside of racing, like Somnium.

“The timing of the Auction Napa Valley event is perfect, because I can head straight there from the Indy 500. I’ve never been able to attend before and I’m excited to finally experience it.”

While Patrick experiences Auction Napa Valley for the first time, the sole proprietor of Somnium Wine will also be a part of her first live auction lot as her vineyard has partnered with Amizetta Estate and Gamble Family Vineyards on a collaborative vintner lot. The luxurious package features a three-night stay at the Amizetta Farmhouse and three days of activities, featuring a ride around the 12-turn Sonoma Raceway road course with Patrick and live performances by country music sensations Lucas Hoge and Honey County, both of which were recently included in Rolling Stone’s list of “10 New Country Artists You Need to Know.” The auction lot winner will also experience a private, guided wine tasting seminar with Master Sommelier Matt Stamp and indulge in sit-down dinners alongside Patrick, Aaron Pott, Tom Gamble, Eddie Clark, Hoge and the members of Honey County. The package also features wines from Amizetta Estate, Gamble Family Vineyards and Somnium Wine.

“I want people to fall in love with Napa Valley the way I did,” Patrick continued. “People have these experiences they will never forget, and the wines they drink become an association with the lifestyle and environment there. That’s what drinking wine is all about: relaxing, conversation and spending time together over amazing food.”

Somnium is a passion project that Patrick started when she purchased the vineyard’s property in 2009. The name, which means dream in Latin, is a reflection of how Patrick lives her life.

“I thought owning my own winery was something that would just be a dream, but it became a reality,” said Patrick. “I can’t tell you how many times I’ve signed an autograph for a child and added the note: ‘Dream big!’ It’s a life motto – it’s how I think, how I live and what I preach.”

The first vintage of Somnium’s Cabernet Sauvignon was released in 2017, Somnium released the 2017 Napa Valley Rosé earlier this month and the 2017 Knights Valley Sauvignon Blanc will be available in June.

“I love wine that flows smoothly, that is bold and feminine, and feels like silk in your mouth,” said Patrick. “I’m not trying to make the biggest wine in Napa Valley. It’s not about density of tannins and weight of the wine, it’s about beautiful balance and elegance. My wines are also about creating an experience.”

Somnium Wine is a true reflection of the passion Danica Patrick has for wine, food, cooking and a healthy lifestyle. As the sole proprietor of Somnium, Patrick’s passion shines through in the wines, which strike a subtle balance between structure and elegance. The Somnium property sits just below the Howell Mountain AVA in Deer Park, California. Patrick’s appreciation for wine and food took root early on and continued to blossom as she discovered different indigenous dishes during her worldwide travels to places like New Zealand, Australia and South Africa. The Somnium vineyard property was purchased in 2009 and the first vines were planted in 2011. Adventurous not only on the track, but also at the helm of Somnium, Patrick has crafted a luxury wine brand that is an extension of how she lives her life. For more information visit www.somniumwine.com.

One of the most recognizable professional athletes in the world, Danica Patrick joined the mainstream ranks by going against the current, immersing herself and succeeding in the male-dominated world of professional motorsports. As she broke barriers and set records on the track, Patrick made a name for herself off the track as well. She was named to TIME’s “100 Most Influential People” list, has graced the cover of ESPN: The Magazine, Sports Illustrated and TV Guide and was featured in pictorials in the 2008 and 2009 Sports Illustrated Swimsuit Issue. She has also appeared in a record-setting 14 Super Bowl commercials, 13 of which were for longtime partner, GoDaddy. In November 2017, Patrick announced that she would end her racing career with the “Danica Double” by competing in two marquee events that were cornerstones of her career: the Daytona 500 and the Indianapolis 500. As she closes out her motorsports career, Patrick’s focus will shift to her next chapter as an entrepreneur and business owner. Patrick has already forged into new career territory. She launched a clothing line – Warrior by Danica Patrick – in 2017, authored the fitness book “Pretty Intense” and is the sole proprietor of a vineyard in California that produces Somnium Wine. With her time behind the wheel coming to an end, she will focus on turning her “side hustle” efforts into full-time endeavors.